April 23, 2015
Well, I have been watching some TV lately, but no movies. Will get together some end of tv season reviewing hopefully soon. But I once again, ave collected a few panels from this week's comic book new releases...

3 weeks into DC's Convergence Event. as usual, some better than others, a few kind of depressing. Marvel is nearing ends of arcs and comics before their big event starting soon. Other comic book companies luckily are not doing these events, making the fatigue less of a factor. Read more Boom, Image, Dark horse etc... cleanses the palette.


Starting with DC's Convergences because that's the order I read stuff... 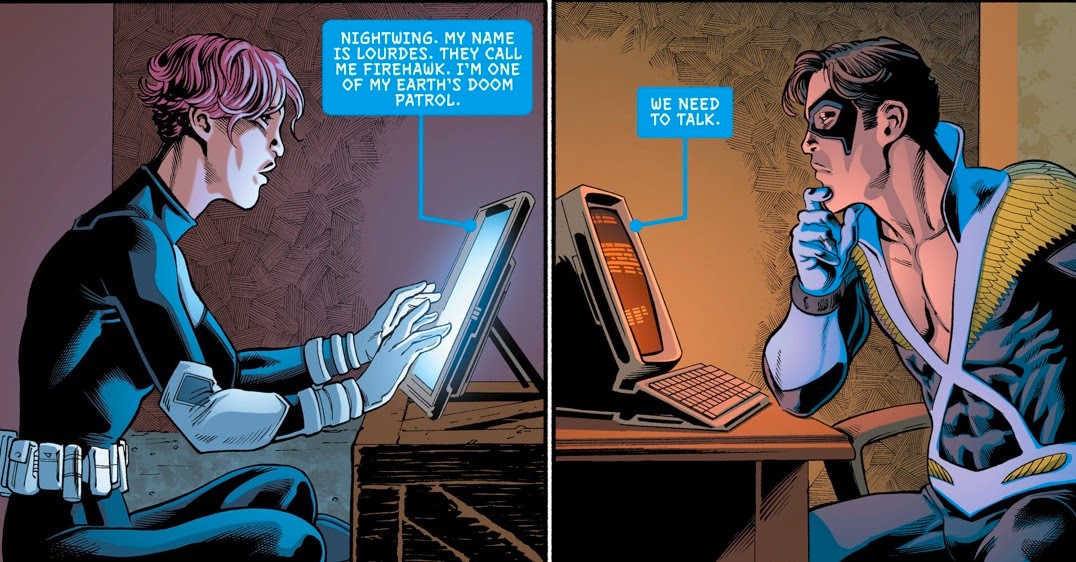 One of the better titles this week was the 'New Teen Titans' of the pre Crisis days of the early 80's. These are "my Titans" and I enjoyed seeing pretty bang on interpretations. Though Dick I remember now was a bit more of a pill, back in the day. micromanage much Nightwing. Nice tangent verse characters as the 'enemies'... their dialogue made me want to revisit those tangent comics that at the time, I wasn't so hot on. 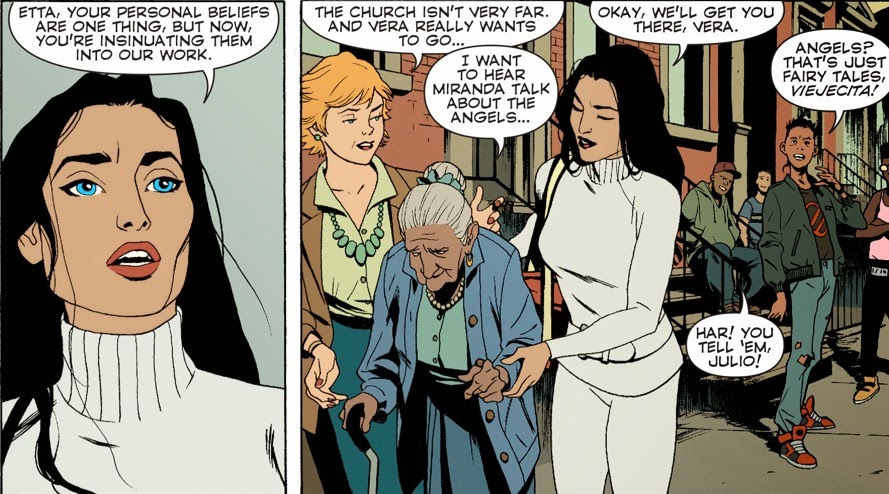 Pre Crisis Wonder Woman, who first wore the double 'W's on her armoured corset, is powerless and dresses like she did that time in the 70's when she was also powerless, power pantsuits, big earrings, and turtlenecks. Nice characterizations, the return of real (to my ears) Steve Trevor dialogue.  Good old Etta Candy. creepy vampire villains, diana Hulks out of her expensive knitwear. so good. Fave of the convergence week 3. 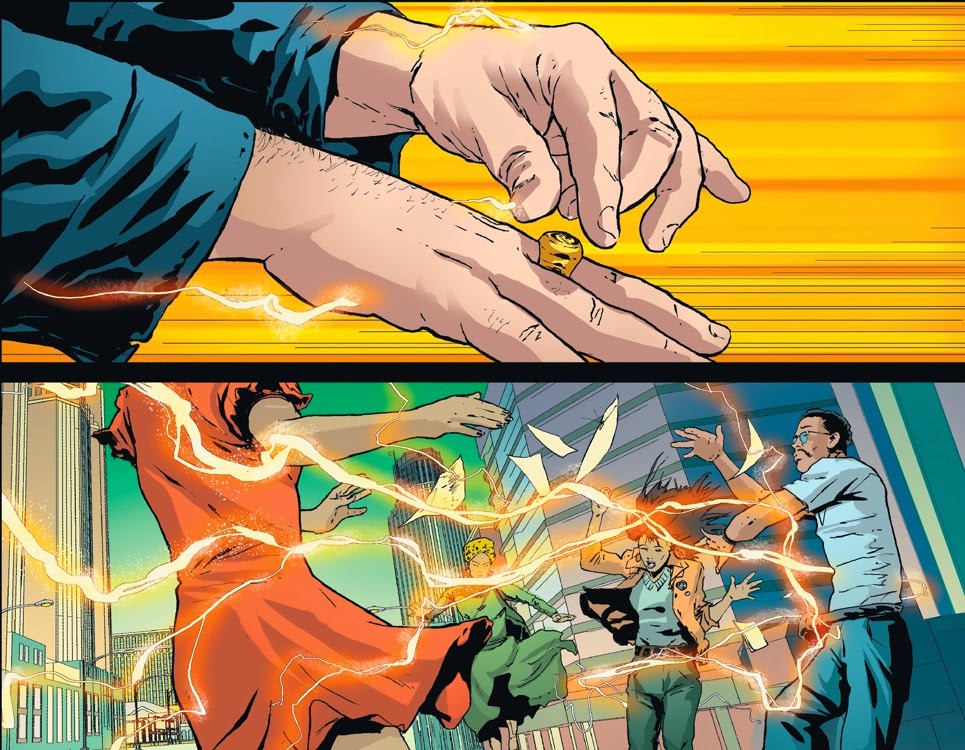 Pre Crisis Flash was also a real nice bit of nostalgia for me. The silver age Barry Allen has never really been duplicated. though the tv show does get the spirit of the thing. I almost cried a couple of times reading this, could have only been better with more Infantino-esque art. Once again, the best of these stories are not the ones where the heroes confront the big bad, or even each other, but detail their year under the dome, and how they have changed from  it. 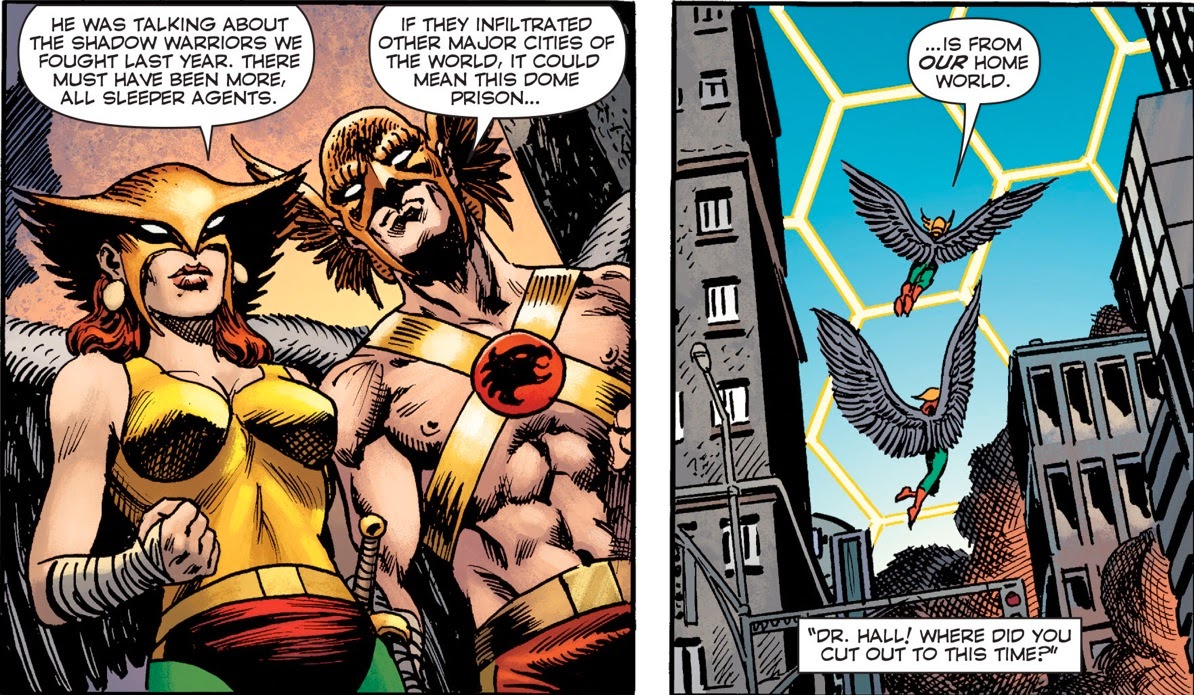 Hawkman featured Tim Truman art which made my day. the best Hawk-artist after the late Joe Kubert imho. also a nice take on the 80's hawks who were maybe the most well rounded versions of the Hawks in my lifetime. Thangar for life! 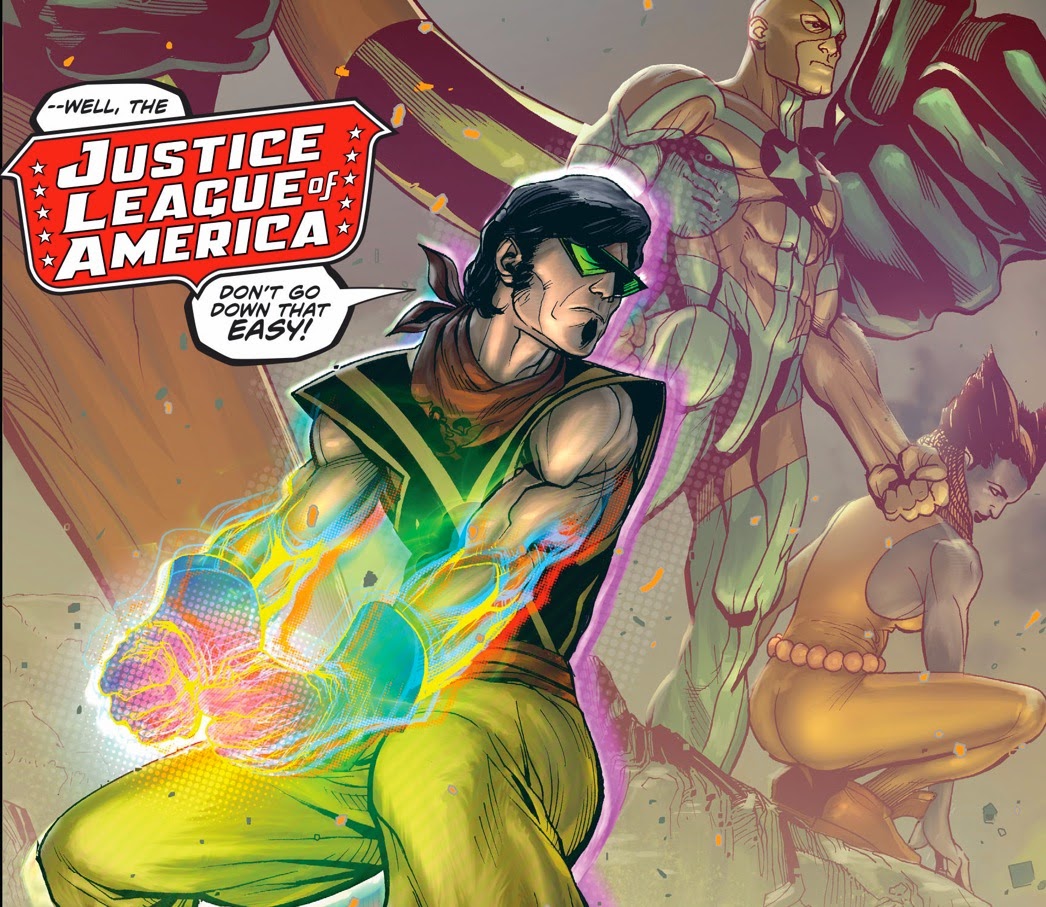 I have some words for you: Justice League Detroit, and Vibe! I have a soft spot for this weird version of the JLA. great to see Ralph and Sue Dibney un-infinite Crisiesed or whatever. ugggh. Nice treatment of some long abandoned characters. fun stuff. 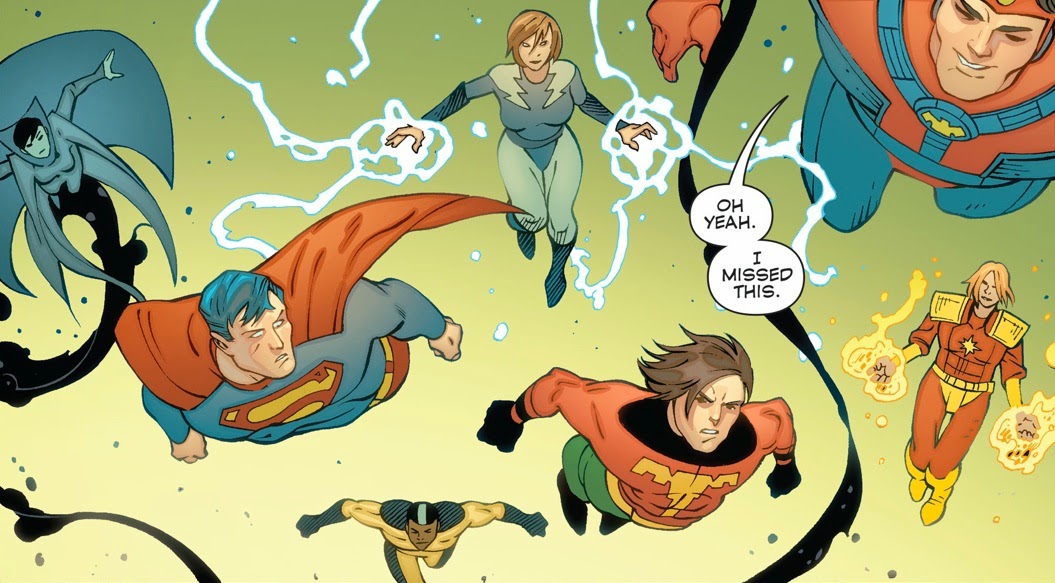 last of the Convergences is the most disappointing in many ways, the Ditko-y art was clunky, and it was still 'My LSH', which is the Superboy and the LSH, and just after Superboy stopped being a member. I was hoping for it to be Giffen-ier. not bad, but I love LSH more than any team and had higher hopes. 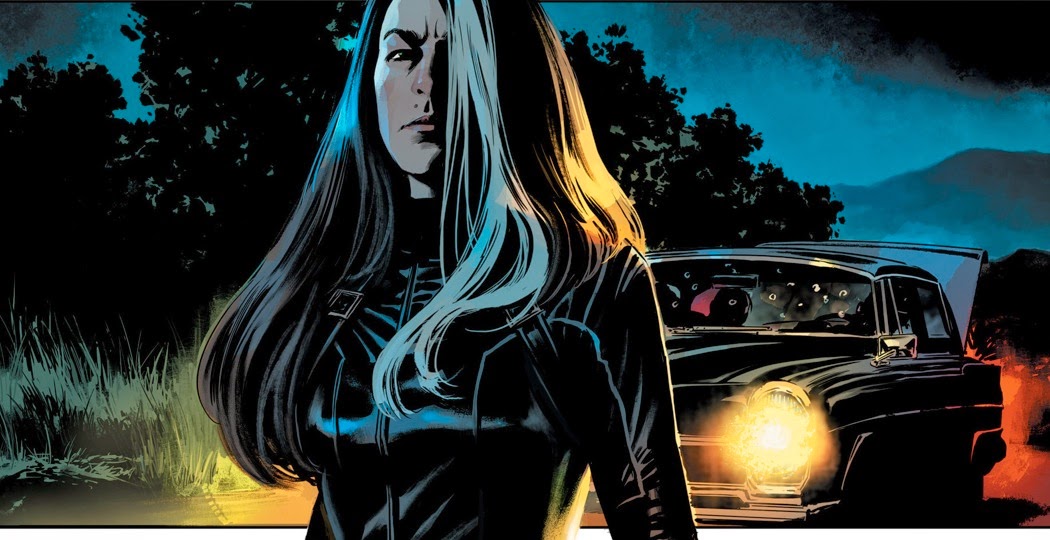 Okay I really had to cleanse my pallete after so many DC multiverses.... Bru and Epting's Velvet continues to be my favourite spy comic. Love the Madame Hydra hair, and that she's an aging spy. very well crafted. will be getting all the trades of this. 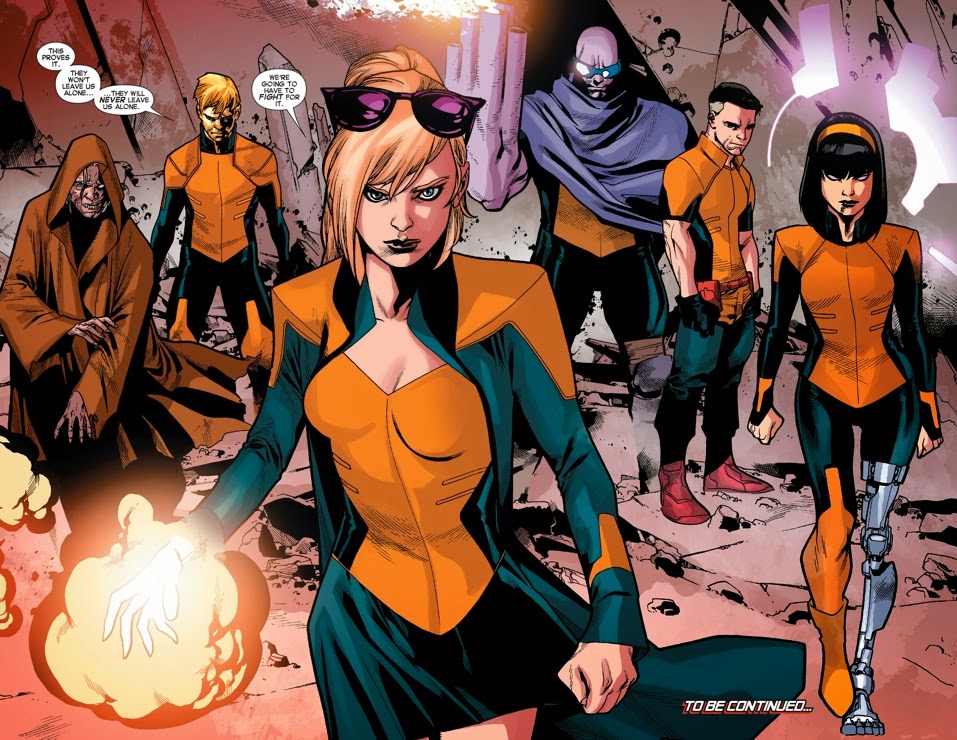 So over to Marvel, this panel believe it or not is from that All-New X-Men issue where Teen Bobby Drake is outed by teen Jean Grey, that leak of pages skipped some good dialogue in the middle of the those pages that made the whole thing seem more glib than it was. And I am of the opinion it could be positive all round. some bigger characters need to be more diverse, these days. Keep up. I am far more intrigued by these particular characters and what they are up to, all alive and well and whatnot! 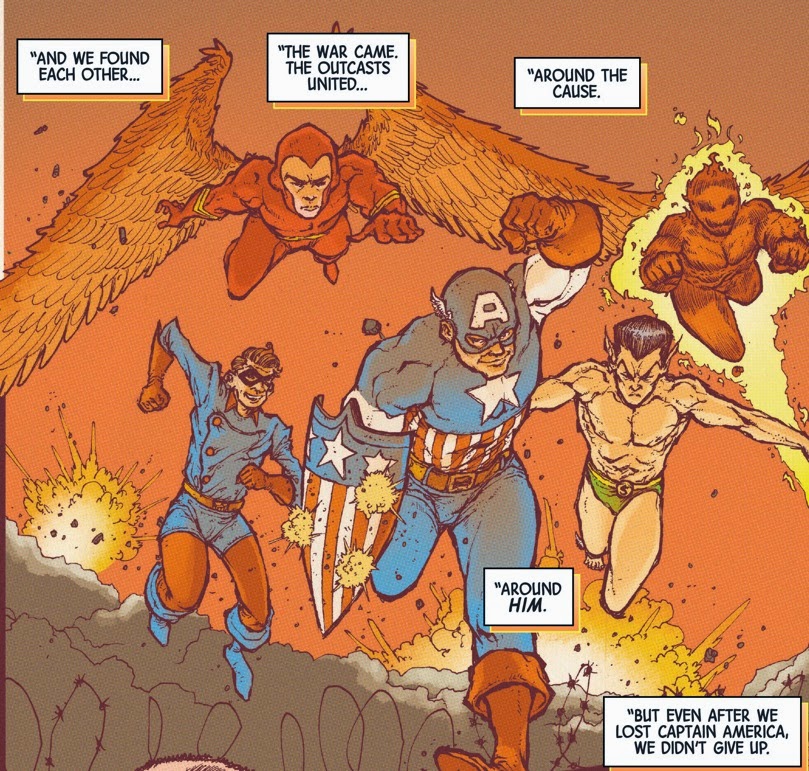 Inhumans #0 was a nice surprise, with the return of one of my fave golden age heroes, as a really annoyed (and justly so) Inhuman, giving a bit more depth to the whole concept. well done, with odd but just odd enough artwork.

Another surprise was the umpteenth time travel comic 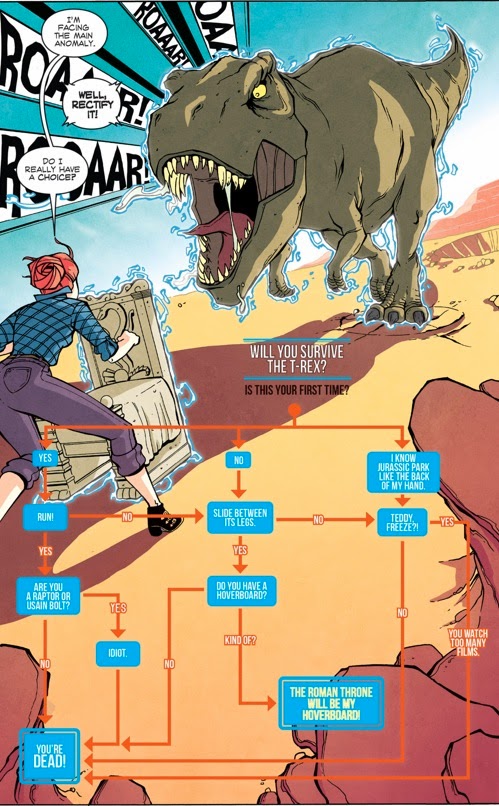 I have read lately, 'Infinity Loop' it has a feisty but not so cliched heroine, and a fun sense of time travel tropes. lovely art.

Another strong #1 is the return of 'Empire' with the new series Empire: Uprising, from Dynamite and the original creators.  Can Golgoth hang on to the world he has conquered. Repercussions affect even the Doctor Doomiest of villains.

Speaking of empires, the ongoing Star Wars series continues it's entertaining first arc with Old Darth visiting his pal Jabba. Some great Greedo-eque parts of the story that must be seen. Bwahahaha 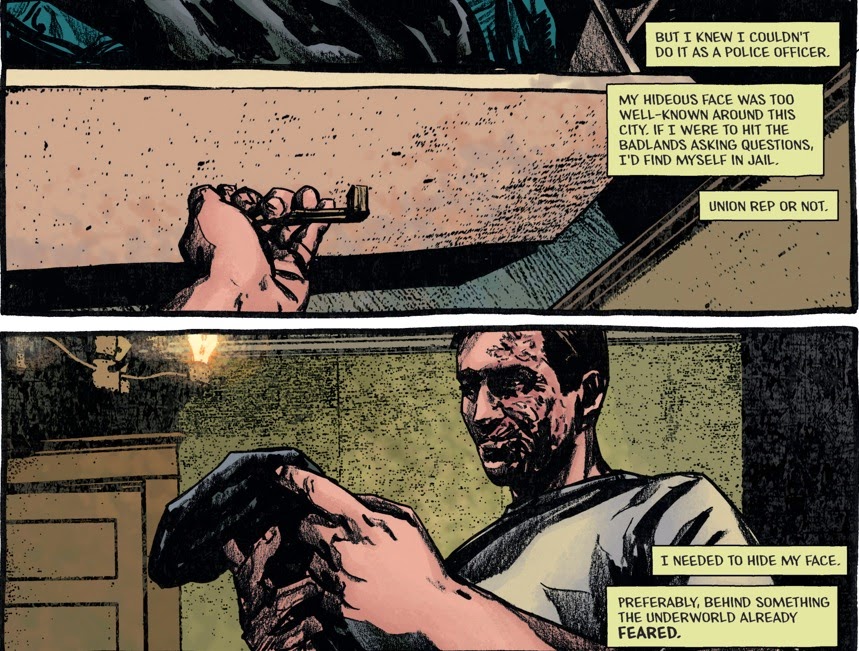 Wrapped my reading up with Dark Circle's (Archie Comics gritty super imprint) latest issue of The Black Hood. This is what the Rorschach prequel should have been more like. Some good street level vigilanteism being done here.