Wolfpack, under the radar Docu-Gem

The Wolfpack
-Directed By Crystal Moselle 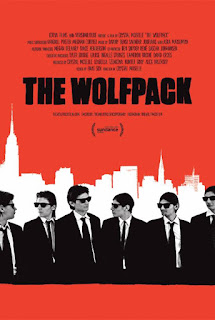 Do you like documentaries about charming but creepy outsider weirdo artists or families? Who doesn’t? I keep thinking that film makers are going to run out of odd but relatable weirdo families to follow around. Lucky for me, and director Moselle, that hasn’t happened yet.

I don’t want to spoil it much, but the premise is simple. An alternative couple who find the world around them to be super toxic, decide to have a lot of kids, and to home school and raise the kids in public housing in the lower east side of Manhattan. They have seven kids, 6 boys who don’t seem to have much age difference between them, the oldest being maybe 20 or 21, it seems. They rarely venture outside, but of course make their own fun in the apartment. they do so by recreating their favourite movies from scratch, using quite ingenious home made costumes and props that bring to mind that cult hit from a few years ago, Be Kind Rewind. the brothers, (and the much younger sister, who is more background in the film than anything) all named with early Sanskrit names, Govinda, Bhagavan, Krsna, Jagadisa, Mukunda, Narayana. 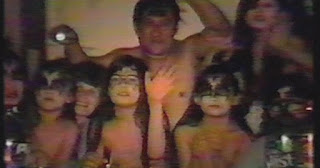 Of course eventually, and again this is what the film is about, they do start engaging a bit more in the world, stepping outside their father’s iron rule. There are a lot of great narrative structure choices here by the film makers that build suspense, and create a tension that echoes the kids, and the mother’s struggles to have some autonomy under the father’s vague anti society ethos. You find out why they are called ‘Wolfpack,’ simply by seeing how they interact as a unit and alone within the confines of their apartment, and outside as well. 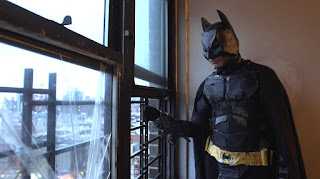 I don’t have any real criticism of the narrative, though I would like to see a down the road sequel, to see how these folks are doing after a few more years.  One thing I really think they do well, is differentiate these boys, becoming men, from each other, when they do kind of blend, and sometimes it’s hard to tell them apart, by the end you see that they are not just part of a pack, but individuals going through their own stuff. You can gain some understanding of where the parents are/were coming from with what could be seen as a very abusive and off kilter upbringing. Mostly the kids are delightfully off kilter. Humans can surpass their circumstances whether they are aware of doing so or not.