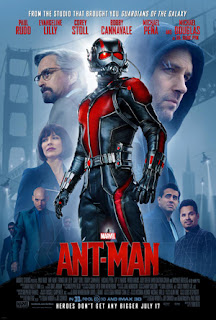 I liked a great many things about Ant-Man. The action scenes were good, the sfx I thought were quite good, the story was an interesting spin on a Marvel character I know very well, having been a comics nerd since the early 70’s. The changes in character from the comics to film universe are pretty reasonable. I thought Paul Rudd was great, as was Michael Douglas, and Evangeline Lily. I liked the family dynamic, and Bobby Cannavale is always great. The scene, not to spoil anything, with The Falcon is one of the best 'getting to know you' superhero fights on film. but.... but something about this movie bugged me. 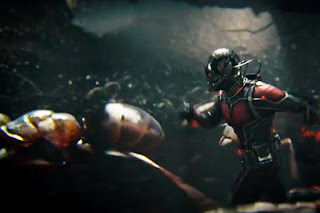 True story though. I am having a hard time putting my finger on it. But the things I thought gummed up the works, were Lang’s sidekick ethnic stereotype buddies in crime. Michael Pena gave it his all, but a lot of the humour these guys were supposed to add fell flat for me, which messed up the pacing, that and the villain, having Cross become Yellowjacket, rather than ‘Crossfire’, the villain he becomes in the comics is a twist I really like, but the whole thing played out with less gravitas, less something than the concept needed. Again, for me, it was just the pacing. The movie lagged as it sprinted to the finish. I’m not sure exactly how I would have done it differently, but it needed something else. Maybe the Hope not getting to be the Wasp yet subplot got in the way? I liked how it played out though, obviously leading to an “and The Wasp” movie, if this one did well enough, which I think it has. 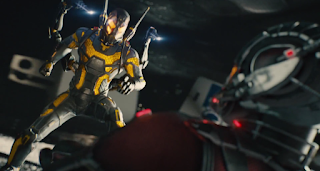 It’s a comic book movie, which means it can never be as sophisticated as an actual comic book, and it does a good job of continuity cherry picking, that as a comics fan I appreciated. First shot is the Milgrom Building! See, for me that was really meaningful. Most moviegoers scratch their heads at my *squee.* I think I will have to watch it again in a few months or something, to see if I can figure out what slowed the movie down so much for me. So many things I liked, but my reaction at the end was kind of ho hum. 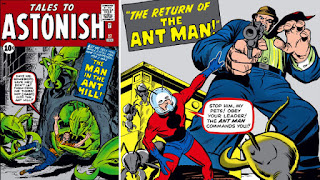