Panels of the week returns! 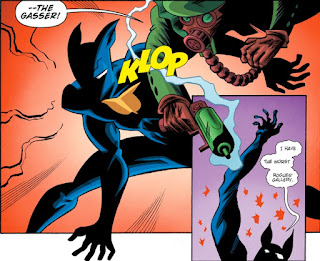 The Fox continues to be trippy and funny in ways Deadpool can never be for me. Loving this run by Haspiel and Waid. (from Archie comics super imprint Dark circle comics) 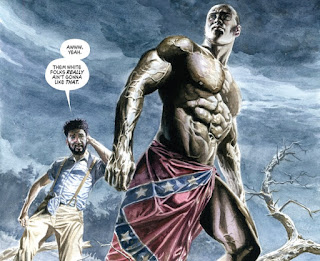 From Strange Fruit, which is a fun and gorgeously artistic series right from this first issue, well hyped, so far worthy with it's nice pacing and setup. (So many great comics from Boom! Comics lately) 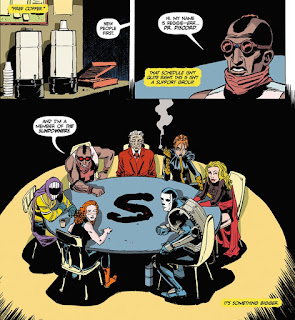 The Sundowners goes for the Full on Alan Moore freakout and somehow pulls it off. Digging this quirky dark and dorky psycho candy.

Part of wants to hate the new 'Robot Batman' and marginally powered stupid brush cut Superman, but i don't because titles like Superman/Batman or Batman/Superman, whatever are upping their game with these new takes. Darn it i wanna hate read these, but they are fun takes on mythic characters. see panel below... 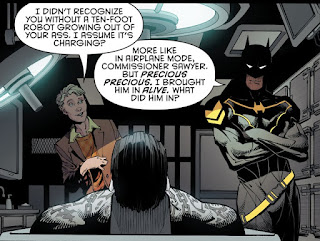 Batman 42 has Godron Bats making with lots of banter and non cigarette fuelled brooding. It's weird, and there is a return of a character, that is likely not what it seems.. maybe. Good story telling trumps gimmicky reboots every time.

The New Constantine: Hellblazer has me believing after two issues. It's the real deal. Nice Chaz appearance. and a nice take on old Johnny. 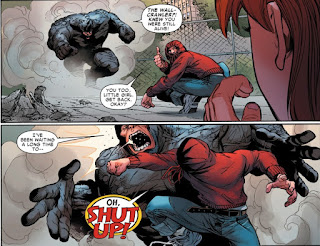 The other Secret wars Mini that i really dug this week was the ASM Renew Your Vows. I like the direction of this mini, and am wondering if this is going to be the new MU Parker family? fits with the miles taking over after SW thing. I approve.

Lando ! as in Lando Calrissian gets his own comic and he shares it one of my favourite minor characters Lobot! Fun stuff Marvel is killing it on the Star wars titles so far.


Saga is just barrelling along since issue 25. The only complaint I have about Saga is that I always want more. not much of a complaint. 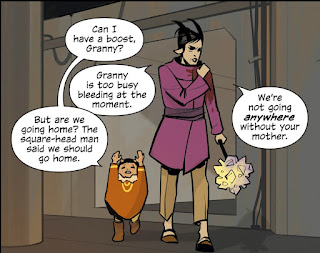 Speaking of Fiona Staples, and Mark Waid... the new Archie looks and feels exactly like what we hoped it would be, an updated modern Archie comic. All the players get a few seconds, beautifully paced love letter to characters as archetypal for some of us as Batman or Wonder Woman.