Review of The Revenant 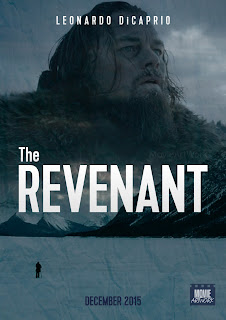 Like Iñárritu’s last film, “Birdman,” I was sucked in early, then spit out just before the ending. I feel like going back and seeing if his early films fail me in the third act as much as his last few. The film as a whole was quite good, cinematically, the actors were amazing if occasionally too mannered. I mean maybe Tom Hardy’s incoherent mumbling was supposed to be incoherent? Even if that is so; it still took away from an interesting character’s arc.  The cinematography, as usual in Iñárritu’s pictures is astounding. Though, I found the Argentinian shot scenes a bit jarring with the much more haunted looking forests than the stuff done in the Rockies, that was supposed to match up. Quibbles though, that. Some stuff was done in a studio in Burnaby also. 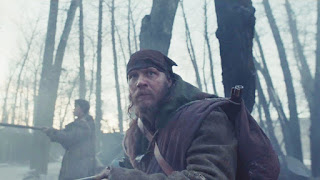 For me the simple story gave way to non-story, with the prolonged chase at the end, which was much more paint by numbers than the rest of the true but hardly believable story, as I predicted each moment a few minutes before it happened. Only the final shot of the film, a bold choice that I won’t spoil, kind of makes up for the predictable final battle between people who should be or maybe are already dead. That shot too, is as much an Oscar-bait shot for Leo, as it is a solid Nouvelle Vague-ish choice of ending.

I seem to have a lot of quibbles, but only because otherwise I thought the film which is 2 and a half hours was well paced and conceived. Except for these few areas, the end, and some of the over indulgent acting, purposefully artsy establishing and thematic shots. It could have been a tighter, tauter, more riveting drama than it was. The outstanding cinematography slightly dimmed by self indulgent story telling, and Tom Hardy’s mumblecore performance. Which maybe comes down to the terrible sound mixing that is the norm in Hollywood these days. So many films, you can’t hear the dialogue but are overwhelmed by the rest of the soundtrack. For me this took me out of the film several times, as what the characters were saying seemed to be important, but you couldn’t catch it. 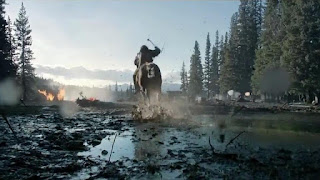 DiCaprio gives a nomination worthy performance, aka he is in an immense amount of pain pretty much throughout the film, and I will be shocked if he doesn’t at least get an odds on nomination for an Academy Award, if not come out with a little golden man statue. If the film were a bit shorter, and a bit less predictable I would be giving it a higher rating even than I do. 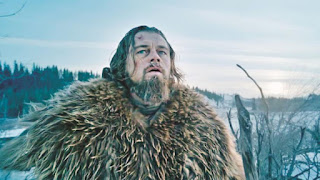 There is a better tenser picture in there wrapped in the Director’s self indulgence, and predictable plotting. Very entertaining, and highbrow for current Hollywood: very much worth seeing on a very big screen with a good sound system, but know that Leo goes through a worse arse kicking than Daredevil or Batman, and survives with an equal kind of vengeful drive as any ‘superhero.’