Welcome To Me, Reviewed

Welcome To Me
- Directed by Shira Piven 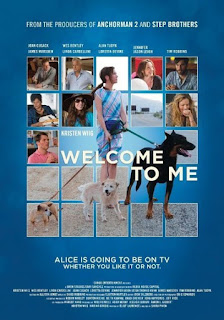 A very sharp, very much with a feminine gaze satire on how the world deals with mental illness, fame, and wealth. Sounds like reality TV? Bingo. Kristen Wiig brings us Alice Kleig, a women filled with anxiety, rage, love and medication. In a familiar plot this very typical modern Oprah obsessed heavily medicated woman wearing her neuroses on her sleeve, wins the lotto.

She decides to fund her own infomercial style ‘talk show “Welcome To Me.” I really don’t want to give much away of the story, but I will say that it all unfolds with impeccable timing, and is alternately making you laugh, cringe, and cry, maybe all three at the same time. Alice is one of those very hard to love characters, her social awkwardness both charms and wears thin as she goes from catharsis to catharsis, kind of forgetting/taking for granted the people who helped her before she won the lotto, as she wins over most of the tv production company that she has basically purchased. 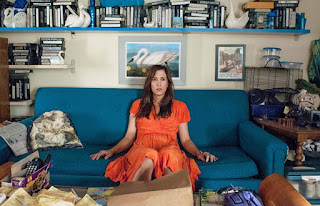 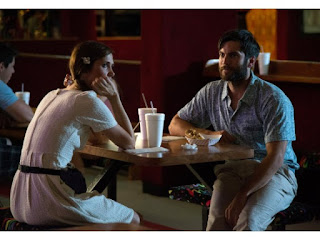 As much as this really is Wiig’s vehicle, her supporting cast does a lot with what they are playing through. Wes Bentley was unrecognizable to me, and wonderful in a very low key, early ‘Gyllenhaalish beardo role.The only character I would have liked a smidge more of was Jennifer Jason Leigh’s Deb who is the one person it seems with much guilt over producing this ‘vanity show’ and the exploitation that is happening not just from the infomercial production company, but Alice’s own self exploitation, and blithe diminishment of folks who have “wronged her.”

Joan Cusack is her usual tower of strength, as is Linda Cardellini as long suffering best friend, Gina. Their friendship and it’s ups and downs are the scenes that really ground this dark dark satire of modern life in America. The great low budget art direction and pacing brought to a tough, touchy script by director, Shira Piven is self assured and she is a director i am now going to be keeping my eye out for.

Recommended for folks who like female led films like Blue Jasmine, or the TV show Broad City; where the women are very flawed and very human. So, you know, it's not a film for everybody.

8.5 VHS tapes filled with hours and hours of Oprah outta 10