October 08, 2016
Glib Reviews of Movies on the Netflix 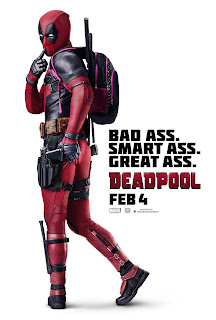 The very first movie I have watched on Netflix in 6 months.....You know given that I’m such a big superhero comics nerd, you’d think all the super-movies out there would thrill me. They are okay. And occasionally they are good, sometimes not very good at all. But I’d say we have enough in this recent wave of them to say the average is pretty average, really.

I enjoy watching them, even the crappy ones just because they are my comic books sort of come to life. But mostly I’m disappointed when they aren’t animated. I like comics because of the form more than anything. Graphic narrative storytelling aka comics have always been my first love, go to media to entertain myself. Something about real life versions of super folks though irritates me. Is it the cheesy dialogue? I read and love lots of comics with cheesy dialogue. Really, for me each comic book (or graphic novel) whatever the style of dialogue, good or bad has to mesh with the art, the design, the flow both physically on the page, and in your imagination has to be right, has to work. 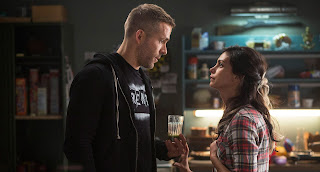 Deadpool for me works on some levels, it made me like the character slightly more than I do as a comics character. Wade Wilson is actually one of my least favourite characters. He’s no less ludicrous than any other anti-hero superhero. It may just be all the guns, I’ve never been much for those kinds of ‘superheroes.’ Not a huge Punisher fan either, though I have a soft spot for the dorky Punisher movies, in a they are so bad they are good kind of way. I put Deadpool in that category. It had  some laughs, but I didn’t find any of the 4th wall breaking to be that funny, or revealing or whatever. I did like it as a narrative device jumping between origin, and present day in the story. But it’s the aspect of the character in comics that I’d rather see downplayed too. I don’t want the fourth wall broken by anyone who isn’t a Marx brother, not really. 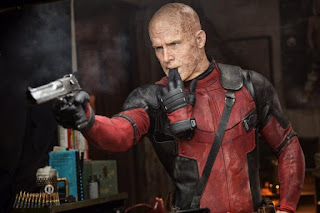 The fights were well designed, and fun to watch. I liked the Strong lady who could go toe to toe with Colossus, whose CGI-ness was not up my street as much as I’d hoped. I think I kind of need my superheroes to be brightly coloured and killing as little as possible. I mean there is no such thing as a realistic superhero. I really do wish all these movies and shows were animated.

A dark creepy atmospheric animated Daredevil? Yes please. The show is okay, but. Same with this Deadpool movie for me. It was relatively entertaining, I chuckled at Ryan Reynolds more than Deadpool, he definitely is a better fit here than in that Green Lantern role. I am sure I will watch the sequel when it comes out on netflix or blu ray or what ever, and I’ll watch all those other superhero movies, then sit down with some comic books and forget the movies.

6.969 Deadpool would find that rating funny, because childish tittering at 69’s outta 10