In the last few days I actually got my butt out to see a couple of films, that couldn’t have been more different, but were both quite satisfying in their own ways. It’s summer, and festival season. Right now there’s the Queer Film Festival, aka Out On Screen, as well as one of my favourite local cinematheque yearly series, their Film Noir series.

On Thursday after work I wandered down to the getting slightly easier to find SFU Goldcorp Theatre at SFU Woodward’s on Hastings Street, for the Vancouver Queer Film Fest presentation of ‘Major!’ A wonderfully uncliched in structure and tropes documentary about the legendary trans icon and elder, Miss Major Griffin-Gracy. Known mostly as Miss Major, or Mama, or Grandma to those in the community she has known, loved and helped. Mostly she has spent her life helping others. From being a den mother to young trans, and queer folks for decades to the last 15-20 years she has spent advocating for trans women of colour in the US prison system. 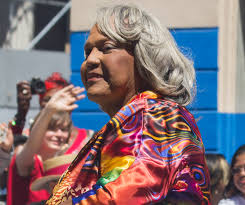 The doc starts with this part of her life, “Justice,” the chapter is titled; and the narrative of Major’s life bounces in time throughout similarly named chapters.Miss Major is someone who I have followed through news stories and mentions in queer/trans histories that I have found in my years of obsessively reading any remotely trans related articles or books I could find. Once Youtube came along eventually I was able to see videos of her speaking at conferences and so on.

Truly, she is one of my biggest heroes of the community. A true elder, but a feisty as hell elder if ever there was one. At the Q&A after the screening, she spoke with the audience on skype answering questions, someone asked her if she had ever met Rosa Parks, she retorted that she wasn’t that old! I had been racked with happy sobs and tears all through the film as her story much of which I didn’t know despite all I had read. 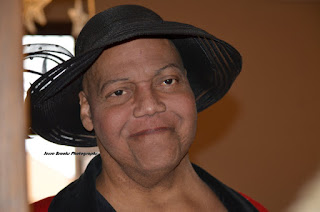 But I shakily put my hand up and commented rather than asked a question, that; “This 50 year old trans woman see you as one of her biggest inspirations, now more than ever, and that I love you.” She thanked me, and moved on to sassy yet informative answers to almost anything anyone asked her.

I have no real criticisms of the film. It was so refreshing to see real Trans women, who you know don’t look lie 1990’s fashion models talking about their (our) lives. Miss Major herself goes in front of the camera and talks candidly whether she looks glamorous or at death’s door due to her recent very ill health. She is the same woman all done up in makeup and wig as she is teeth out, hair on her chin, and tears in her eyes. Such strength, she has, and charisma. Unflinching and nothing gets glossed over. If you have even a vague interest in Trans folks, or even just biographical Docs of any kind, I recommend this film very highly 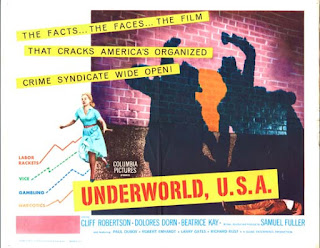 Then on Friday, I went to the Cinematheque to see a film noir as part of their annual film noir series. I had planned to go twice earlier in the series but twisted my ankle badly and was only up and out for work. But I had to go see at least one flick I told myself, with my friend Audrey who always sees a bunch of noir every year, but is moving away for a year or so. Our last chance. We went to the latter of a double bill. Fuller is one of my favourite directors from the fifties and sixties. Straight ahead storytelling with a great dark twisted sense of style and design.

The film follows hard luck kid Tolly Devlin, son of a low level gangster, who he sees get beat to death in shadow form on a brilliantly alley brick wall. Hard boiled scene after hard boiled scene turns this kid into a hard luck recidivist Cliff Robertson, who while he is no Swede Knox, has some pent up naiveté and creepiness of his own. He proceeds to find out through a series of chance encounters, who the men were that killed his father. 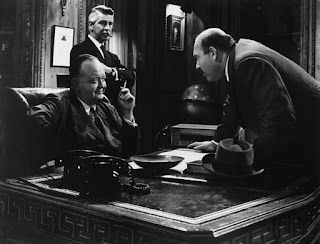 They all of course turn out to have risen near to the top of the local Chicago rackets. Some wonderful performances from all the familiar stock players doing their turn at mob boss, especially Robert Emhardt, the Big Boss, who brings a Laird Cregar-ness to the role that is welcomed and fresh. Richard Rust does a great job as the slick only gangster in town who can wear a suit properly, but also doesn’t mind mowing down children with his Oldsmobile. 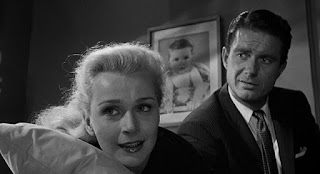 Robertson shambles along with an oddball intensity of the loser who has faith that one of these days.... The women in the film may play cliched parts structurally, but they have lots of the smarter things to say as well. Making out with Cliff Robertson seems creepy as heck in this film, but Dolores Dorn who is only known as ‘Cuddles’ in the credits does a great job of falling for the big lug, who rumples every suit he’s in. Typical of Fuller, the pace of the film is bim bam boom, not a lot of messing around with montages, everything moves the story forward, especially the awkward moments.

8.5 Houndstooth suits made in prison and the polka-dot ties that go with them outta 10